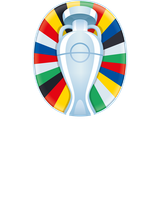 By clicking "submit application", and by acting as a volunteer, the Volunteer is deemed to have read and agreed to these terms and conditions.

1. The Volunteer confirms that he*she wishes to voluntarily offer his*her time and services to the LOS for the Event.

3. The Volunteer confirms that he*she has all necessary authorisations, consents, permissions and licences to act as a Volunteer and to perform his*her role at the Event, in particular, but not limited, to residence permit(s) in the host country.

5. The Volunteer hours shall be set out in individual activity plans that shall be communicated to the Volunteer. For the success of the Event, it is important that all Volunteers are dedicated to their role and the hours he*she has committed to. In the event that the Volunteer is unable to perform his*her duties, he*she will advise his*her respective team leader thereof as soon as possible.

6. The Volunteer confirms that these Volunteer Terms & Conditions, and the Volunteer’s contribution to the organisation of the Event, are not intended to create any employment relationship now or at any time in the future and that at no stage will the Volunteer be, or deemed to be an employee or worker of the LOS and/or UEFA.

7. The Volunteer agrees that he*she is not entitled to any compensation or salary from the LOS and/or UEFA for providing his*her time and/or services and performing his*her role. The performance of his*her duties does not entitle him/her to view the football matches of the Event.

8. Unless agreed in advance and in writing with the LOS, the Volunteer shall be responsible for his*her own expenses and costs and the LOS and/or UEFA shall have no obligation to reimburse the Volunteer for any such expenses and/or costs and accepts no liability in connection therewith.

9. The LOS will provide a group accident insurance and/or a liability insurance for cases of personal injury caused by accident during the performance of his*her functions. The Volunteer confirms that he*she is not entitled to any other claim for insurance or other cover from the LOS or UEFA in relation to his*her participation as a Volunteer.

10. The Volunteer confirms to strictly observe the strictest level of secrecy and confidentiality towards the LOS and UEFA regarding any information or facts that he*she comes into contact with or receives which may concern the LOS and/or UEFA and/or the organisation of the Event and agrees not to disclose to any third party any such information or facts nor use them in any way other than for the purposes of fulfilling his*her role. In particular, the Volunteer acknowledges and accept to treat all information, personal data or facts with the utmost discretion and shall not publish them on any social media, sharing, remote cloud storage and/or similar web services of any kind ( Dropbox, Facebook, etc.). This duty of confidentiality shall continue to apply notwithstanding the expiry or termination of the Volunteer’s participation in the Event.

11. The Volunteer confirms that he*she is not authorised by the LOS or UEFA to talk to the media and shall refer any interview enquiry to the LOS or UEFA. Unauthorised communication with the media and/or any inappropriate social or other communication shall be a cause for termination of the Volunteer’s participation in the Event with immediate effect.

12. When fulfilling his*her role, the Volunteer confirms that he*she will adhere to all of the LOS’ and/or UEFA’s policies and procedures, circulars and announcements as may be currently applicable to its staff and as relevant to the Volunteer’s role (including but not limited to accreditation, safety and security procedures, use of communications equipment and commercial restrictions, as well as any UEFA communication policy including social media guidelines, etc.).

13. The Volunteer understands and accepts that whilst undertaking his*her role at the Event he*she may be photographed, filmed and/or recorded in the context of media coverage and behind-the-scenes footage of the Event by any available method for recording images and sound and that the LOS and/or UEFA (and its licensees and/or assignees) have a legitimate interest to use and/or exploit such recordings and other reproductions in whole or in part by any and all means via any and all current and/or future media throughout the world in perpetuity and without restriction. The Volunteer agrees that he*she shall not assert any claim to use, sell or exploit any of his*her rights pursuant to this clause for any reason whatsoever. The Volunteer acknowledges and confirms that the LOS and/or UEFA (and its licensees and/or assignees) shall be entitled, itself or using third parties, to edit, copy, add to, take from or adapt the recordings and/or other reproductions of their appearance and/or voice as embodied in any such recordings and/or other reproductions in connection with the presentation of the Event as the LOS and/or UEFA (and its licensees and/or assignees) sees fit.

14. The Volunteer confirms that he*she shall not engage (either by themselves or through any third party) in any marketing, advertising, trading, promotional or any other activities that may create an association (corporate, commercial, sponsorship, endorsement or otherwise) between the Volunteer or a third party with UEFA, the Event and/or any of the matches without the prior written approval of the LOS. The Volunteer agrees to undertake any step, act or task, upon reasonable instruction by UEFA, to bring to an end any form of marketing, advertising, trading or promotional activity that may breach this term.

15. The Volunteer confirms that he*she will not use any marks, including but not limited to trade or service marks, word marks, logos, or other, where such marks (a) belong to UEFA, (b) are confusingly similar to such UEFA marks, or (c) take advantage or damage the distinctiveness or reputation of such UEFA marks, and will not make any references, direct and/or indirect, to UEFA or any of UEFA’s competitions, events and/or activities, unless the prior written approval of UEFA has been obtained.

16. The Volunteer confirms that he*she will not record, use and/or transmit any sound, image and/or description of the stadium and/or any matches, including any musical performances, without the prior approval of UEFA. Furthermore, the Volunteer agrees that he*she will not approach any players and/or VIPs to take pictures with, unless expressly authorised by UEFA, and will strictly adhere to any social media guidelines communicated by the LOS.

18. The Volunteer acknowledges and agrees that the LOS may terminate the Volunteer’s participation in the Event at any time with immediate effect.

19. Upon termination of the Volunteer’s participation in the Event, the Volunteer confirms that he*she will return to the LOS any and all documents and/or materials received for the purposes of performing his*her role. The only exception to this may be any uniform which may be provided to the Volunteer, which shall be advised to the Volunteer on a case by case basis.

20. The Volunteer acknowledges and agrees that the LOS and/or UEFA shall be entitled to claim, without limitation, the restoration of any damage which may have arisen, whether directly or indirectly, from his*her conduct, act or omission whilst fulfilling his*her role at the Event.

21. The Volunteer hereby indemnifies, defends and holds the LOS and UEFA (and their subsidiaries affiliates, licensees, assignees and commercial partners) harmless from and against any and all claims, costs, proceedings, demands, damages, losses, expenses, penalties, fines and liabilities (including reasonable legal expenses) resulting from:

a. any claim by any third party for damage to property or persons caused by any act of the Volunteer in connection with the performance of his*her role at the Event;

b. any breach by the Volunteer of any provision of these Volunteer Terms & Conditions, and;

c. any negligent act or omission of the Volunteer in connection with the performance of his*her role at the Event.

22. The Volunteer warrants that all personal data he*she has provided as part of the application process is true, accurate, current and complete. Personal data provided pursuant to these terms are processed in accordance with the Privacy Policy set out at "Privacy Policy" and any Privacy Notification issued by the LOS. Each Volunteer acknowledges having read and understood the Privacy Notification.

24. The Volunteer acknowledges and agrees that the LOS may change these terms at any time. The Volunteer shall be notified of any and all changes via email as per the address provided during his*her application.

• UEFA means Union des associations européennes de football with its registered office at Route de Genève 46, 1260 Nyon, Switzerland, which is the parent company of UEFA Events SA. Any references made throughout this document to UEFA shall be deemed to include its wholly-owned subsidiary UEFA Events SA.

• Event means the Qualifying Draw for the UEFA European Football Championship 2024 , which is due to be hosted on 9 October 2022 in the Festhalle at the Messe Frankfurt in Frankfurt a.M., Germany including all related official events organised by UEFA and/or the LOS in connection with it, and any other events agreed by UEFA and the LOS as official events.

• Volunteer means the person who has applied to participate in the Qualifying Draw for the UEFA European Football Championship 2024 volunteer programme.